The main reason behind this transition is because we want your experience with our products to be more consistent and for you to receive what you expect with each box of Timothy Hay. While referring to a cut of hay by the order in which it was harvested from the field (first, second, and third) is an accurate and precise way to reference it, it does nothing to describe the quality  and texture you want to buy. 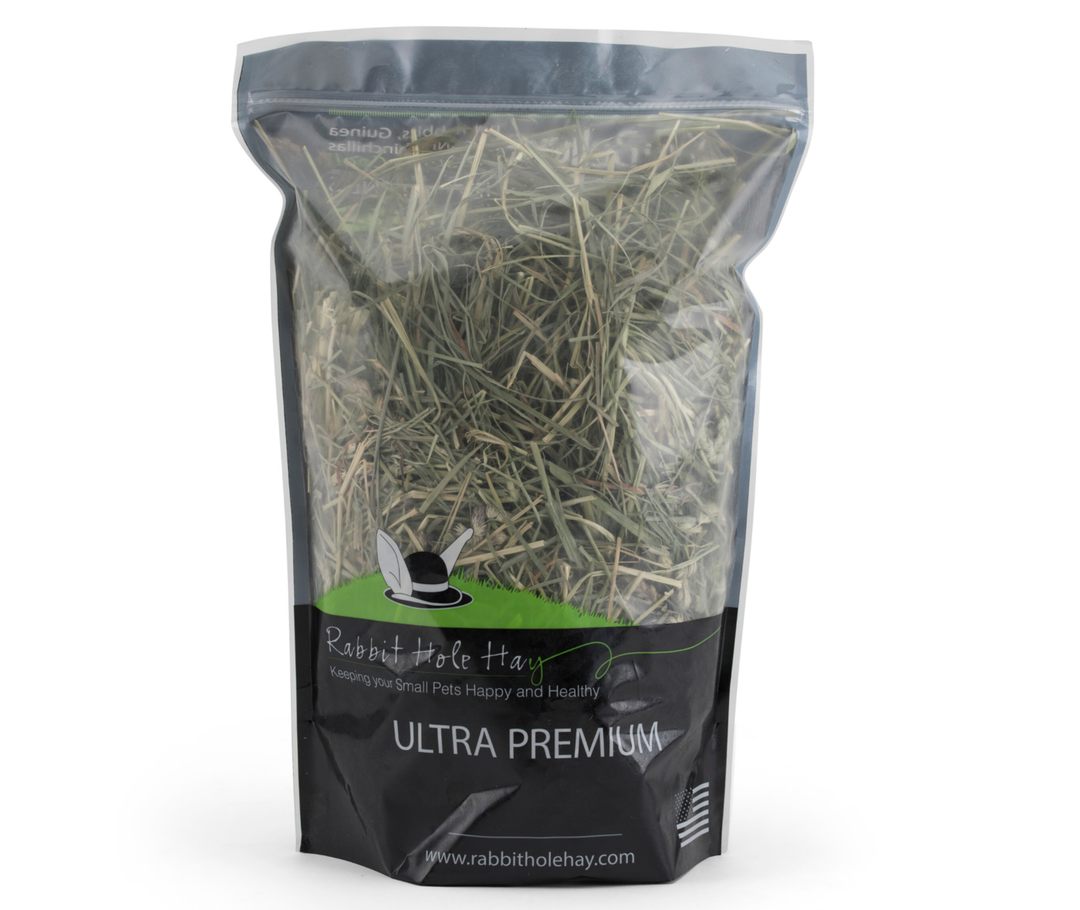 What is Coarse Timothy Hay Then?

Coarse Timothy Hay is almost always harvested from the first cut. However, in the past we have inspected and rejected beautiful second cut hay because it was ‘too coarse.’ Which is extremely silly as we know you would’ve loved it!

Moving forward we will provide you with the highest quality hay we can find that meets the standards for what Coarse Timothy Hay should be, regardless if it’s from the first or second cut.

Coarse Timothy Hay should have these qualities:

Color: Described as a mint or olive green. Earlier in the season the hay grows quickly, resulting in a lighter green color.

Stems/Stalks: The stems of Coarse Hay are one of the most notable features of the hay. It should have fully developed stalks (stems), many of which will be hollow. The hollow-ness will cause the hay to feel stiff and rough, which is why we are calling it Coarse.

Leaves: The leaves should be broad and less than half of the total amount of hay.

Seed Heads/Flowers: The seed heads, also called flowers, should be fully developed and will generally be between 2-3 inches long on average with small purple wisps.

Our goal is to offer the highest quality hay, however, all naturally grown and harvested hay holds minor imperfections such as dust, weeds, leaf crush, and brown leaf. The ideal version of Coarse Timothy Hay would have none of these.

The 2021 Ultra Premium Coarse Timothy Hay we have in stock is currently a first cut. We hand-selected this batch because we knew it would be what you and your small pet were looking for in a Coarse Timothy Hay. Despite the warm growing season this year is one of the best Timothy's we have ever seen.

Harvest: First cut of pure Timothy Hay, it was harvested in July of 2021.

Leaves: There are a moderate amount of leaves with the leaf length up to 8"