How Often Should I Clean My Rabbits Litter Box?

We understand that cleaning out your rabbit's litter box isn't a fun task, but it is a necessary one, especially if you have succeeded in litter training your rabbit. Yet, have you ever wondered how often you should be cleaning it out and replacing it with fresh supplies?

How often you should clean your litter box depends mainly on what type of litter you use, the size of your rabbit, and how much your rabbit uses the litter box. While these factors are important to determine if you are wanting to make a schedule of when to change out and clean your rabbit's litter box, we have found that the best rule to follow is that of your nose. If you can smell it then it's time to change it! 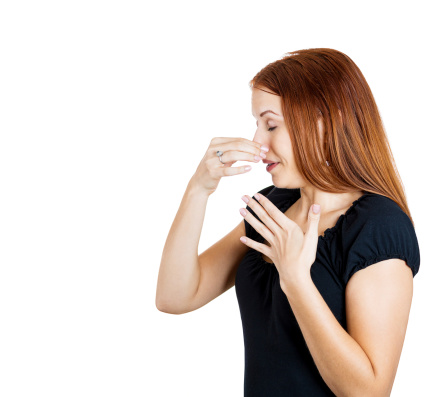 Factors When Cleaning The Litter Box

Newspaper will need to be changed much more often than commercially available litters. Newspaper that is ‘shredded’ at home is not as absorbent as paper pulp pellets and so will begin to stink much sooner. Regardless of the amount of paper you use in the litter box, most of the time you will need to change the box every two days or so.

Paper pulp pellets will need to be changed less often than newspaper. Recommended by many veterinarians, especially when learning how to litter train a rabbit. It should last you three to four days.

Wood fiber pellets tend to be the most dense litter option that is safe for rabbits usually last the longest. However, if we follow the nose rule you'll most likely still be changing the litter every three to four days as well.

Food Grade Paper Bedding is one of the best litter options and Rabbit Hole Hay recommended! Food grade means its approved by the FDA to wrap and serve human food so it's safe for you and your rabbit and other pocket pets. The bedding is also super odor fighting allowing you to longer between changes (up to a week at most, but remember to use your nose as sometimes your rabbit has a smelly week). It's soft and nestable with the added benefit of being 99.9% dust free!

How Often Should You Change Your Rabbits Litter Box

Depending on Their Size?

Clearly larger rabbits eat more, and thus use their litter boxes more. This is to be expected and is completely normal. If you have chosen a large rabbit breed it comes with the territory that you will need to change the litter box more frequently.

If They Have an Illness?

If your rabbit is sick, particularly if your rabbit has diarrhea it’s important to immediately figure out why, which can and should include a trip to your veterinarian. But the litter box will also need to be changed out more often (once a day at the least). This may help your rabbit to feel a little more comfortable until they are feeling better.

If I Use Hay in the Litter Box?

Rabbits will not eat soiled hay, but one thing you might be surprised to know when learning how to litter train a rabbit, is most rabbits like hay in their litter boxes to munch on while they do their business. This is an area you need to pay attention to. Daily checks on the hay level and condition is vital to keeping your rabbit using their box.

It should be noted that sometimes rabbits do not like a litter box that is too clean, especially if they are a male and their litter box has been properly marked. Keep this in mind and pay attention to the effects that your cleaning is having on your rabbit’s usage. It can be somewhat of a hassle to clean half the box, or leave a little bit behind every time you clean it, but it might make the difference between success and failure of your rabbit using their litter box.

Still getting your rabbit use to their litter box? Download our Guide to Litter Box Training for more tips on the litters to use vs litters not use! Our bedding is also available in Natural or White. Both types of bedding are considered “Food Grade,” which means it’s approved by the FDA to wrap and serve human food, so it’s safe for both us and our small pets. Our bedding is super odor fighting, healthy and safe, ultra absorbent, 99.9% dust free, as well as soft and nestable!