Rabbits, guinea pigs, and chinchillas have specific needs when it comes to just about everything, but especially in terms of what they eat. Fulfilling their dietary needs is essential in order to offer them the best life possible.

Feeding your small pet the wrong type of food could result in long term issues or even life-threatening consequences. It's vital that you understand which type of food to feed to your small pet depending on their stage of life. So... What do you feed a baby rabbit, guinea pig, or chinchillas versus an adult one?

Though it may seem like a simple task, one of the biggest mistakes a small pet owner can make is feeding their small pet something that does not serve their particular nutritional needs. 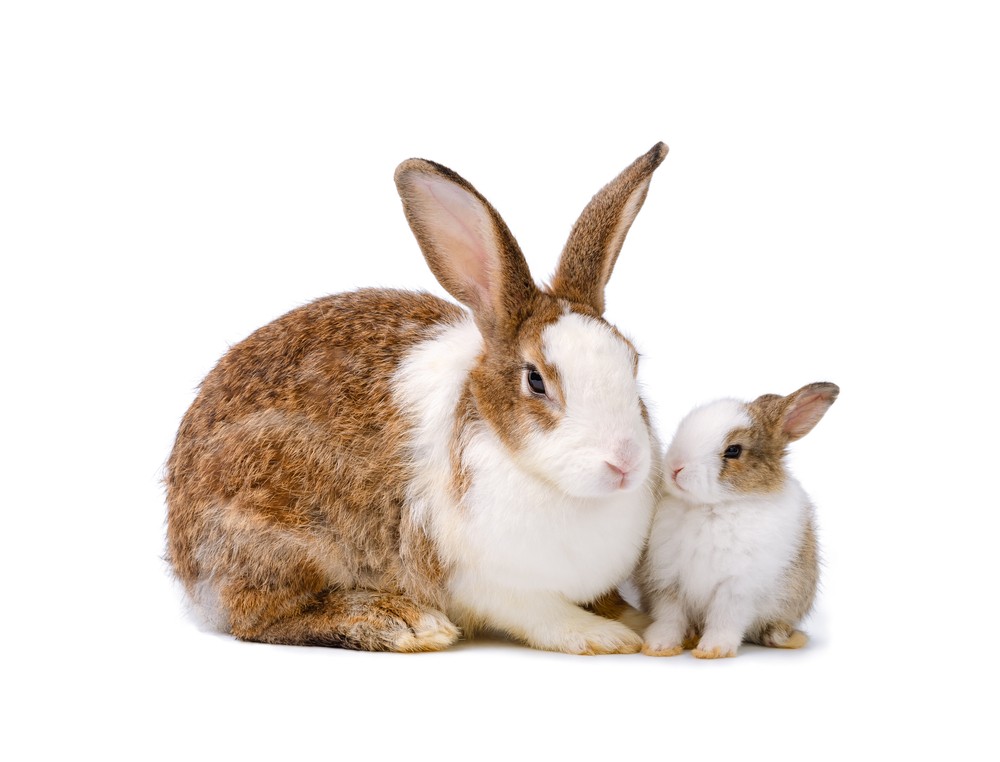 The good news is that the experts agree when it comes to what to feed your small pet. Knowing if and when to change your small pet's diet can be the difference between one who is healthy and one who is fighting to survive.

What Do Small Pets Eat Early On

Just like a human, a baby small pet’s diet should look different from that of an adult.

Bringing Up Your Small Pet

By the time a rabbit reaches about 7 months, a guinea pig 6 months, and a chinchilla anywhere between 6 months to a year their diet should begin to transition from Alfalfa Hay to Timothy Hay in order to ensure their health. Timothy Hay has a high amount of fiber but has a lower protein and calcium content than Alfalfa Hay. Continuing to feed a small pet Alfalfa Hay after it is no longer a baby could result in obesity and other health concerns, it’s also not the best hay to keep up their dental health.

Exceptions to these diet guidelines would be small pets who are pregnant, nursing, recovering from surgery, underweight or elderly. In many of these cases feeding an adult rabbit, guinea pig, or chinchilla Alfalfa Hay may be necessary in order for them to put on weight but with any of these conditions, discussing your small pet’s diet with a veterinarian who specializes in rabbits, guinea pigs, or chinchillas is highly advised.

Note: Just because Alfalfa Hay can no longer be there main source of hay doesn't mean you have to cut it out of their diet completely. Alfalfa Hay makes a great treat for adult small pets!

Your small pet will naturally prefer to eat Alfalfa Hay over Timothy Hay at first so a good way to switch over to Timothy Hay is to mix the two types of hay together as your small pet learns to adjust to the change. As time continues you should begin to mix less Alfalfa in and introduce more Timothy Hay.

Though it may be difficult, resist giving you small pet more pellets, vegetables, or treats when they won’t eat the Timothy Hay. Offering these other foods will only delay the transition to Timothy Hay and too much of these foods can really mess with their digestive system. Fresh Timothy Hay is the most nutritious food for your adult small pet to be eating and eventually they will adapt and grow to love it.

One reason your small pet may not be eating the Timothy Hay you are supplying to them could be due to a poor quality product. Timothy Hay that has gone stale is as unappealing to eat for a rabbit, guinea pig, or chinchilla as rotten produce is for you. If the hay doesn’t have a pleasant smell or if the texture is dry and powdery you may want to throw it out and start over.

Your small pet will not eat food that is not appetizing to them, and you probably wouldn’t even want them to because there is also a chance that it could be moldy. A way to ensure freshness is to buy your hay regularly and in small amounts. This way you have the option of buying only what you need, removing the risk of having a large amount of hay go stale.

Find a supplier who is honest about where their hay is grown and how fresh it will be once it gets to you. One good place to find farm fresh quality Timothy Hay is online from a trusted retailer (Like us!). Learn more about why you'd want to purchase from us.

Your small pet's transition from Alfalfa Hay to Timothy Hay can be a slow and gradual process. Stay strong and follow through with making the switch. Timothy Hay is the best hay for rabbits so it's important to remain patient with your rabbit, knowing that he will eventually enjoy his new diet and so will his body.

Did you know that we sell samples of our hays? It's a great way to not only get started with transitioning your small pet but to also find out which hay they like the best!

You can also download our Hay is for Rabbits eBook to know all about the different types of hay, the best ones to feed your rabbit based on their health status, and more!