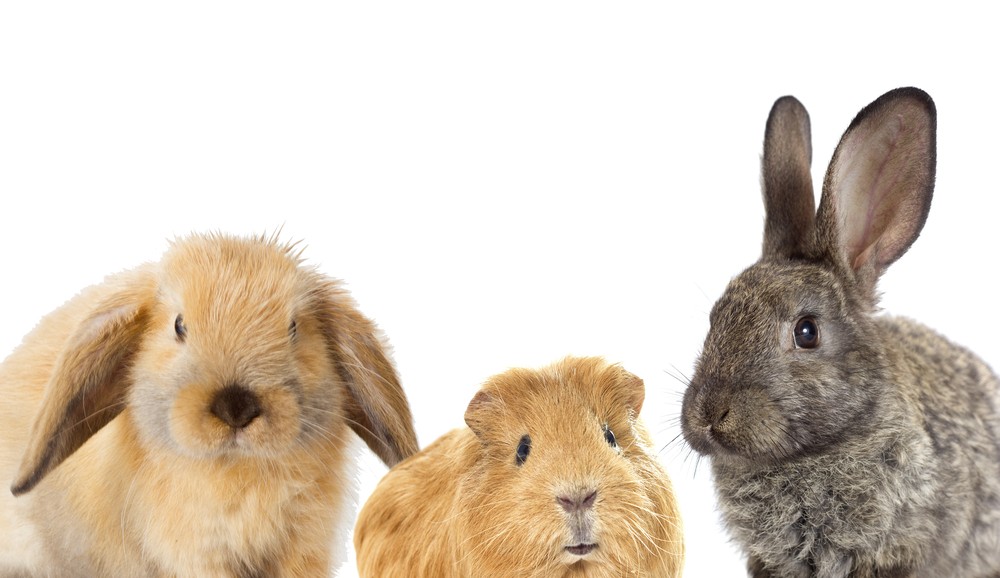 This hay guide by Rabbit Hole Hay will teach you all you need to know about some of the most popular hays available for your small pet, that way you can keep them living happy and healthy lives.

This hay guide by Rabbit Hole Hay will teach you all you need to know about some of the most popular hays available for your small pet, that way you can keep them living happy and healthy lives.

Alfalfa hay has a thicker stem and many leaves that run along the thick and pliable stock. The leaves are more elliptical in shape compared to the long leaves found on grass hays. While it’s commonly referred to as Alfalfa Hay, it’s actually a legume (beanstalk).

Alfalfa is known for:

Many small pets prefer Alfalfa Hay over the majority of other types of hay, but it is important to stay away from this type of hay when your small pet hits adulthood because it contains more calories and protein than grass hays, making adult small pets overweight if they eat too much of it.

Ideally, Alfalfa Hay is perfect for:

It’s crucial that you transition your small pet to a grass hay as soon as they are old enough, otherwise they’ll end up facing major health issues such as obesity, digestion and urinary tract issues, along with an increased risk of bladder stones.

Timothy Hay is a type of hay that is considered a staple food for domestic adult rabbits, guinea pigs, or chinchillas because it is high in fiber while being low in both protein and calcium and contains many healthy nutrients. All of which aid in keeping your small pet’s teeth in good dental health and their digestive system working properly.

Timothy Hay should make up most of an adult small pet’s diet, at least 80%, and it can be fed free-choice.

Timothy Hay is known for its:

There are typically three types or cuts of Timothy Hay throughout the year, with each cut the hay becomes softer and contains fewer seed heads.

Timothy Hay provides great food for your rabbit, guinea pig, or chinchilla because it is much more nutritious per inch of growth compared to other types of hay. Making it the number one veterinarian recommended hay for rabbits!

Orchard Grass is a type of grass hay that is a staple food for domestic adult rabbits, guinea pigs, or chinchillas because it is high in fiber while still being low in protein. It’s great for pets who stop eating Timothy Hay or find themselves, or their owners, allergic to Timothy Hay.

Though Orchard Grass typically has a slightly higher level of protein than Timothy Hay, it’s still low enough that it can be fed free-choice to your small pet. It is known as being a favorite to rabbits who are picky eaters and older rabbits who require a softer feed.

Orchard Grass is known for its:

Orchard Grass provides a lot of the same nutrition found in Timothy Hay that is needed to keep your rabbit’s digestion functioning properly but depending on the softness of the cut it won’t be coarse enough to wear down their teeth. It’s good to either mix in coarser hay or give them toys like Apple Sticks to chew on.

Mountain Grass is a type of grass hay that is a great staple food for domestic adult rabbits, guinea pigs, or chinchillas who want a little variety in the hay they eat or don’t seem to like Timothy Hay or Orchard Grass. Allowing you to mix up their diet while still giving them all the needed nutrients to stay happy and healthy.

It is grown at a higher elevation and is comprised of a variety of wild grasses that grow in a mountain meadow. It is harvested in spring and early summer. Mountain Grass contains a healthy blend of grasses that hold a variety of textures and colors that typically have leaves that are fine and coarse in texture with almost no stems. It is known for being a completely all-natural product that wild rabbits would naturally feed on.

Mountain Grass is known for its:

Mountain Grass provides a lot of the same nutrition found in both Timothy Hay and Orchard Grass that is needed to keep a rabbit’s digestion functioning properly. It is also coarse enough to wear down their teeth.