As you may be aware, there are a number of factors that affect the qualities of hay that are achieved during a growing season. In fact, there are four major ones: location, microclimates, soil, and season.  Understanding all of these factors will help you to grasp the reasons behind why we have transitioned to labeling our Timothy Hays according to their qualities rather than by the order by which they are harvested. It’ll also explain what makes our hay so special. 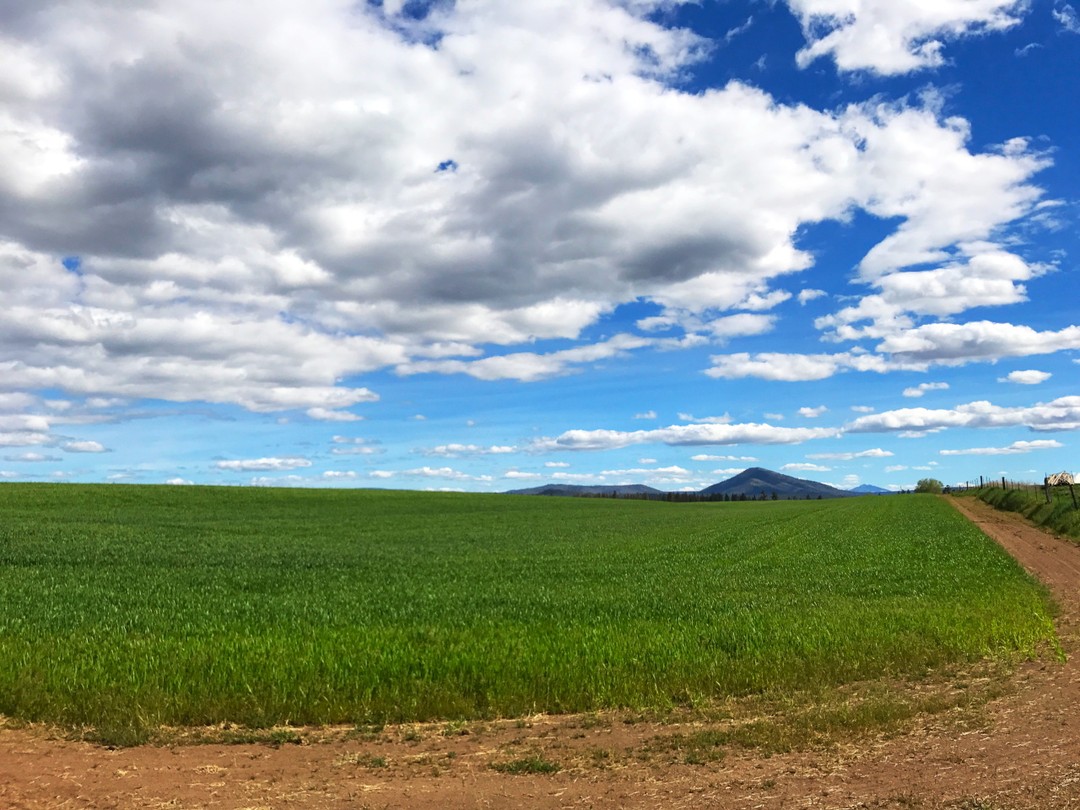 The same applies to growing crops of all varieties, especially hay. High-quality forage hay can only be grown in certain climates and regions throughout the world. Timothy Hay (Phleum pratense) and Orchard Grass (Dactylis glomerata) are generally grown only in high mountain valleys, which hold the perfect conditions needed to allow the plants to thrive. Timothy Hay is a shallow-rooted plant that needs warm days and cool evenings to grow well. Additionally, high mountain valleys have harsh winters, which the rootstock does well in, but greatly reduces the ability for weeds and other pests to survive.

Altitude can cause interesting things to happen to the growth of the hay. For example, our farmer has a field that is roughly 500 feet higher in elevation than his other fields, coupled with this there is a large mountain that casts a shadow on the field during the hottest parts of the summer. The shadow allows this particular field to grow an extremely leafy second cut that can appear to most as a third cut. The field is higher in elevation and the shadow cast upon it is consistent year after year, making this field able to grow hay that looks very similar to third cut hay.

Timothy Hay needs a slightly acidic soil to grow well (between 5.5pH and 7.0pH). It also prefers a fine-textured soil typical of clay and loam. These conditions tend to be prevalent in volcanic regions where past volcanic activity allows the soil to have a higher acidity. The bulk of the major growing regions for Timothy Hay are in a mountainous area, especially where the mountain range is volcanically produced. To top it all off Timothy Hay loves marshy like conditions, so a shallow water table is preferred.

Spring: Timothy Hay requires a long spring with frequent rain coupled with days of full sun. During this time the hay grows rapidly and vigorously. By mid to late June the hay has reached its maturity and is ready for its first cut. Generally, farmers will harvest the hay at this stage based on the development of the seed heads and the length of the stalk (stem). Due to the fast and vigorous growing the hay tends to be mostly stalks.

Summer: Once the hay is cut it goes into shock, where it can take 20-35 days to recover before it’s given a second cut. During this time the plant grows leaves but very little stalk (stem). Additionally, as the summer continues, the heat can slow down the growth process, in extreme cases, heat can cause the plants to go into full dormancy. The occasional summer rain shower is welcome, farmers know this so they will irrigate throughout the summer to encourage growth.

Fall: In a very, very few regions the springs start early enough and the falls run late enough for there to be enough time for the hay to fully recover for a third cut. Generally, what happens in the regions that grow great first and second cut Timothy Hay cannot grow the third cut. With a 20-35 day recovery time needed after an early September harvest, there is just not enough time to allow the hay to fully grow to a harvestable size.

Winter: Timothy Hay is an extremely winter hearty plant. It can withstand full freeze which is unique in many of the vegetative pests that affect hay fields. Because of this trait, the hay can establish itself and out survive many of the weeds that typically might try to invade a hayfield.

Timothy Hay is typically planted in the first year with minimal to no harvesting done until the second year. It then is grown and harvested for roughly seven years. At that point, the fields are usually tilled and allowed to rest for a year before the process is started over.

As you can see there are many particular details that all need to line up to make a great Timothy Hay. The great news…these all exist in our backyard! Less than 100 miles from Chico, California are some of the greatest Timothy Hay growing regions in the world. Literally, equestrian ranches and small pet lovers from all over the world are vying to get our hay and we are working closely with experienced hay farmers to bring you the very best this region has to offer.