Why Do Rabbits Have Different Colored Eyes? 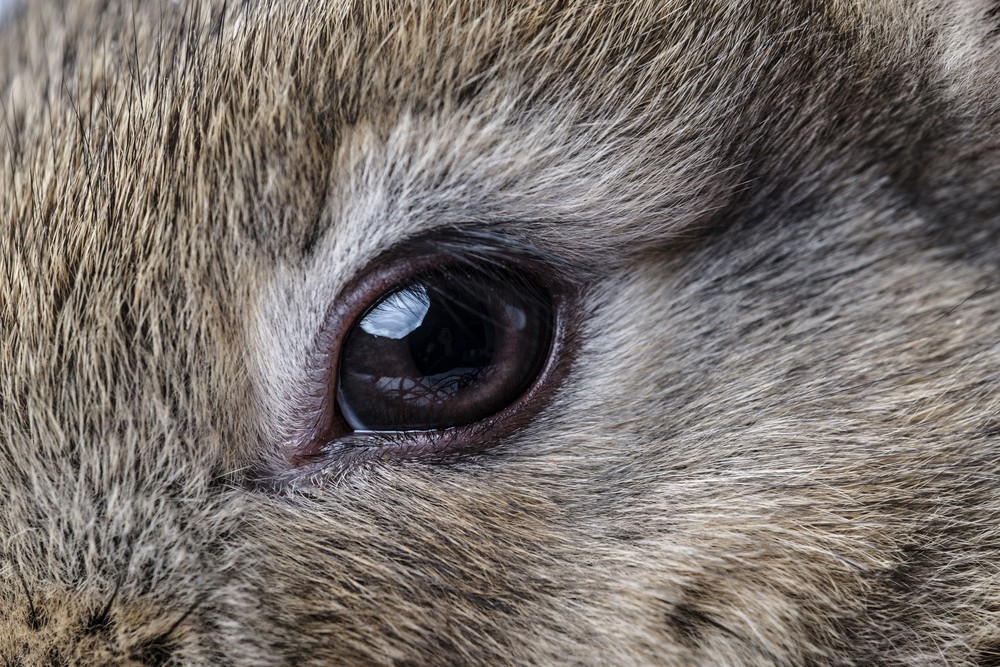 Rabbits are extremely interesting, and one of the interesting things about the soft and fluffy animals is the color of their eyes. Did you know there are seven different eye colors that a rabbit can have?

Rabbits are extremely interesting, and one of the interesting things about the soft and fluffy animals is the color of their eyes. Did you know there are seven different eye colors that a rabbit can have?

Rabbit Eye Colors and Their Rarity

The most common color of the eyes in rabbits is brown. After brown, the second most common is amber, followed by blue. Here's a handy bulleted list that goes in order from common to rare eye colors.

Though uncommon, white rabbits can also have brown eyes. If your white rabbit has brown eyes, it's not albino. In the rabbit universe, these are known as BEW (brown-eyed whites).

The origin of the amber eyes is the result of a brown gene being overpowered by a yellow gene.

For rabbits, blue eyes area recessive trait- which means that both of the rabbit’s parents have to give their blue-eyed babies a gene that will make their eyes blue.

As it turns out, this eye color in rabbits is the result of two different pigments. The dark brown color comes from eumelanin, and light brown is the result of pheomelanin. Eye color is affected by the size of the particles in these two pigments.

If rabbits have larger particles, they will have dark brown eyes. However, smaller particles will result in a blue-eyed rabbit.

The particles can also grow in size when your rabbit ages, which can cause their eyes to darken.

The gorgeous blue-grey eyes that we see in some rabbits are rarer than blue eyes. Rabbits with this eye color have larger pheomelanin particles and smaller eumelanin particles, giving the eyes a smokey gray color.

Rabbits with pink eyes are rare because the pink color results from a genetic mutation. In this case, the mutation dilutes the natural brown color to pink when a rabbit receives two copies of a specific recessive gene.

When you look closely into your pink-eyed rabbit's eyes, you may be able to see the blue eyes or brown eyes with which they would have been born with.

If a rabbit has ruby red eyes, it has albinism. Ruby red eyes in rabbits are exceptionally rare, especially in rabbits living in the wild. The albinism gene is recessive.

Since these rabbits lack pigment to protect them from the sun, they're sensitive, so they must be kept in an environment that's dimly lit. Other than this, albino rabbits are completely healthy.

Important note: Rabbits with ruby red eyes are always white (albino). If you see a colored-fur rabbit with ruby red eyes, it is probably a sign of a serious medical problem. Seek veterinary care as soon as possible.

If your rabbit has marbled eyes, it's the result of sectoral heterochromia, a rare genetic disorder.

Sectoral heterochromia causes the iris to divide into several randomly sized and colored sections. The result can be any combination of blue/grey, blue, or brown. For rabbits with marbled eyes, each eye is entirely independent of the other, and each eye will have its own unique patterns.

If your rabbit has two different eye colors, it has sectoral heterochromia.

While not technically an official eye color in rabbits, sometimes you will see a rabbit with white eyes. Like other animals, when rabbits age, they can develop cataracts, causing their eyes to look milky white.

Like white eyes, "flash red" isn't an eye color in rabbits. Just like with photos taken of humans, photos of rabbits can make it appear that the rabbits have red eyes.

Regardless of what color eyes your rabbit has, every single rabbit is beautiful and unique. As they say, beauty is in the eye of the beholder and we agree. To keep your bunny (and his or her gorgeous eyes) as healthy as possible, make sure you are feeding them farm-fresh hay that can be shipped straight to your door from Rabbit Hole Hay.